Leaving La Paz for the Islands

Plans change... surprise, surprise!
It is now 2 weeks since we left La Paz. 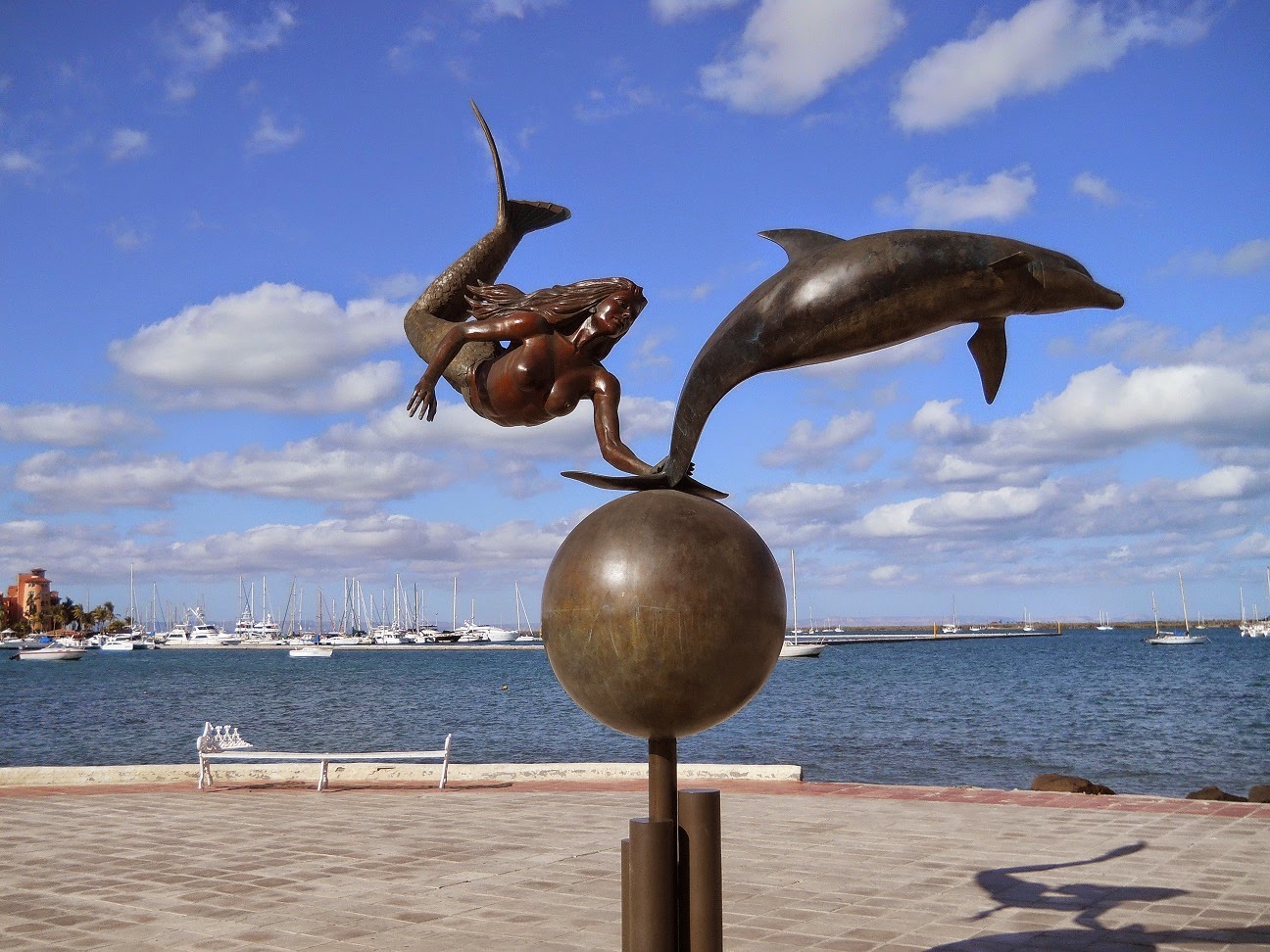 La Paz was a great place to do a lot of finishing jobs on Kanilela, too many to recount now. Mags returned on the 13th of January and we spent  time visiting with our group of boats that cruised the west coast. A great birthday party for Tanya from Kia Loa added to our good times in La Paz. Mainly we liked La Paz for the Malecon and the sculptures, the great family Mexican restaurants close to the Marinas and Migote anchorage and finally, the fact that it is not a tourist destination. The people were helpful and patient with my abuse of their beautiful language. It was time to get moving again so we left for Isla Espiritu Santos.


We spent three great days in Bahia San Gabriel on Espiritu Santos.  There is a frigate bird nesting site in the mangroves on the south east side of the bay. Having watched their graceful flight out at sea for so long, it was amazing to see them in large numbers nesting with the males with their bright red throat pouches.


From there we moved north up to the village of San Evaristo on the Baja coast for 2 days. Lots of shy smiles from little school kids we passed and some confusion in the small tienda, picking up some extra provisions. We hiked to a point on the south end of the bay. It was a rocky precipice that ended with a ledge about 4 meters above the water. In a small notch an old man was throwing a fishing line into the water below. I enquired "Tiene buen suerte?", "Are you having good luck?" to which he responded "Si, muy buen suerte!" with a smile that confirmed his joy. His bucket was full of fish and right on cue he landed another one. When I commented on how much we liked the village he responded with a wistful gaze and said "Si, San Evaristo es muy bonito." Pure contentment.


We made a short 9 mile sail over to Isla San Fransisco. It is a beautiful anchorage on a long sandy bay. Lots of hiking, snorkeling and kicking back including a great visit with the Sea Rover II crew.

﻿ After a slow curve around the stern of Sea Rover II, not knowing when next we will see Karina, Gary and Charlotte and some frantic waving farewell to Stepping Stones, we slipped out of Isla San Francisco heading to Mazatlán.
﻿ Strong NNW winds forecast and a 250 NM trip with the wind in our favour. Finally Kanilela got to strut a little, touching 9.1 Kn at one stage, and my plan for a daylight entry to Mazatlán appeared to be in jeopardy with the speed we were maintaining. I had prepared for a 5 to 6 knot average and, but for the wind at Mazatlán shifting from the east before dawn which caused us to tack and kill some time, we would have done much better than a 6 Kn average. That is Kanilela's first, totally under sail, crossing and it was fun. A lot of it in mid to high 20's with some good gusts out in the middle of the Sea of Cortez, thrown in just to keep the adrenaline flowing. The final morning revealed 8 squid on the deck.


So where are we? Marina Mazatlán!
We, well, Mags was ready to mutiny, decided to stay here and have more time for Isla Isabella and San Blas en route to Puerto Vallarta, Banderas Bay when we return.

Great visits with the Solastra family, Lynn, Dean and Lulu who are moored beside us and lots of wandering in the old town. We will be on a bus to the airport near Nuevo Vallarta on Friday. Kanilela gets to relax a little here in Mazatlán until our return on March 2, 2015.
Great sailing for all of you, Gord
Posted by s/v Kanilela at 2:49 AM No comments: